On April 30, the Wisconsin Supreme Court issued a very important decision concerning non-compete agreements (and other similar types of employment restrictive covenants) that will have a significant effect on employers and their at-will employees across the State. In the case of Runzheimer International, Ltd.,v. David Friedlen, et al, 2015 WI 45 (case no. 2013AP1392), the Wisconsin Supreme Court took up the question of whether an employer could require an at-will employee to sign a non-compete without having to give that employee any “consideration” beyond continued employment with the company.

In the Runzheimer decision, the Supreme Court ruled that an employer may require an at-will employee to sign a non-compete in exchange for ongoing employment, concluding that the employer’s “forbearance of its right to terminate an existing at-will employee [. . .] constitutes lawful consideration.”

The chief argument in opposition to the Court’s position was the concern that under the Supreme Court’s approach, an employer could require an at-will employee to enter into a non-compete, then terminate that employee the very next day, leaving the employee without a job and bound to the terms of the non-compete.

Conceding that less-than-scrupulous employers might utilize this tactic, the Supreme Court nonetheless concluded that at-will employees who fell victim to this sort of conduct already had remedies under contract law, namely claims for fraudulent inducement and breach of good faith and fair dealing.

Interestingly, all but one of the Supreme Court Justices joined in the opinion. The only holdout was Justice Shirley Abrahamson, who issued a separate, concurring opinion. The Supreme Court’s decision, coupled with pending legislation (2015 Senate Bill 69) that would significantly alter the rules governing a trial court’s ability to modify the actual terms of a non-compete in order to make the covenant “reasonable,” demonstrate a changing landscape in this oftentimes contentious area of the law.

Whether you are an at-will employee or a business owner, the business attorneys at Menn Law Firm, Ltd., are here to provide you with whatever guidance you may need concerning non-compete agreements or other types of employment-related restrictive covenants.  For further information on this topic, please contact Atty Will McKinley at William-McKinley@mennlaw.com.  All of Menn’s attorneys may be reached at (920) 731-6631. 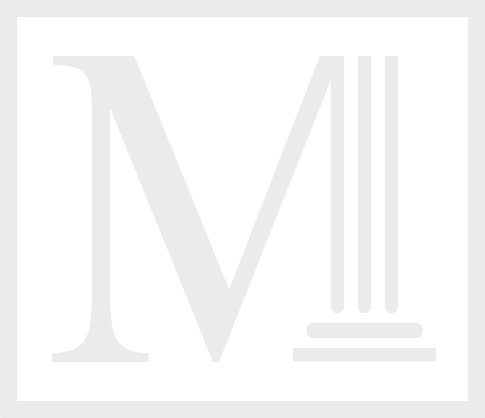 “I came to Joe (Skip Beisenstein) because I was unhappy with the law firm I was with, and I’ve been recommending him ever since. My injury settlement was larger than I was told it could be, and I’m extremely grateful for that.”
Linda Feucht, Client
“Mr. Frassetto was a great help in managing our legal situation. He was easy to talk to and explained details and events so that we had a solid understanding at all points in the process. We would highly recommend him.”
Tom and Lynn Van Zeeland, Client
“I have worked with Mitchell Musial and Bob Duimstra on numerous occasions and they have exemplified professionalism. They are timely with all requests and consistently look for ways to be value-added. I regularly recommend them to my colleagues and clients.”
Brett Schroeder, American National Bank-Fox Cities
“Patrick (Coffey) has a commanding persona. He seemed confident, so I felt confident; it was a reassuring feeling. Patrick returned my phone calls promptly and informed me of new information immediately. The entire staff of Menn Law was personable and helpful.”
Linda Grissman, Client
“Jim (Miron) was very down-to-earth and easy to work with. Using his services was a cost-effective move for me and my business.”
Andy Vande Hey, President, Vande Hey’s Landscape Center, Inc.
“Not only was Doug (Hahn) knowledgeable and had pertinent insights to share, he really got involved, which was welcome and unexpected. He went beyond legal help; taking a personal interest.”
John Gillespie, Client
“Joe’s (Bielinski) counseling, guidance and wisdom in handling my parents’ estate was done professionally and painlessly. It was reassuring to know he had such an understanding of the situation and had done so much groundwork to make it easy.”
Cecile Otte Pernica, Client
“I found Jarrod (Papendorf) to be honest and have great follow-through; when he says he’ll do something, he does it. I always felt he had my best interests at heart.”
Ronald M. Kilgore Sr., Client
“We hired Menn Law because of the broad range of legal services available under one roof. Bob (Duimstra) became an important part of our development project team. He successfully guided the project through numerous strategic negotiations with local authorities. We really appreciate Bob’s (Duminstra) knowledge, ability, and hard work ethic.”
Ted Dominowski, Client
“No matter what type of case he’s managing for Mills Fleet Farm, Mr. Feldmann’s preparation and performance are always exceptional. We value his extensive experience, and the collective talent of the firm.”
Hugh P. Leasum, Director of Operations Mills Fleet Farm
This site uses cookies to optimize your experience.
Read MoreAccept
Manage consent

This website uses cookies to improve your experience while you navigate through the website. Out of these, the cookies that are categorized as necessary are stored on your browser as they are essential for the working of basic functionalities of the website. We also use third-party cookies that help us analyze and understand how you use this website. These cookies will be stored in your browser only with your consent. You also have the option to opt-out of these cookies. But opting out of some of these cookies may affect your browsing experience.
Necessary Always Enabled
Necessary cookies are absolutely essential for the website to function properly. These cookies ensure basic functionalities and security features of the website, anonymously.
Functional
Functional cookies help to perform certain functionalities like sharing the content of the website on social media platforms, collect feedbacks, and other third-party features.
Performance
Performance cookies are used to understand and analyze the key performance indexes of the website which helps in delivering a better user experience for the visitors.
Analytics
Analytical cookies are used to understand how visitors interact with the website. These cookies help provide information on metrics the number of visitors, bounce rate, traffic source, etc.
Advertisement
Advertisement cookies are used to provide visitors with relevant ads and marketing campaigns. These cookies track visitors across websites and collect information to provide customized ads.
Others
Other uncategorized cookies are those that are being analyzed and have not been classified into a category as yet.
SAVE & ACCEPT